take a look at our brochure

Decades of experience in electrical engineering

Tijssen Elektro provides electrical installations for more than forty years. It has experienced considerable growth over the years. Mr. P.H.L.M. Tijssen established Tijssen Elektro in 1973. The first years Tijssen Elektro focused primarily on the electrical field of house-building and maintenance contracts for utility and security for the (semi) government. Over the years a large number of projects were realized in The Netherlands.

Security
In 1989 Tijssen Elektro became an authorized security company for alarm, evacuation, fire alarm, CCTV and access control systems. Also the supply and installation of telephone exchanges was provided by Tijssen Elektro, for both businesses and individuals.

Maritime market
Soon after the establishment in 1973, Tijssen Elektro was introduced to the maritime market in 1979. Knowledge and experience were used from the utility and security market. The maritime department became a fully-fledged company with engineering, panel building, software development and systems integration in the yachting industry. Also a subsidiary in England was established to perform the best possible service on electrical installations at a great international shipyard.

Audiovisual systems
The latest expansion of the company is the entertainment department. Complete audiovisual systems can be integrated on board of luxury yachts, but also in residential homes. From small stand-alone AV installations to complete audio/video on demand systems with integrated control of lighting, curtains, heating and air-conditioning. 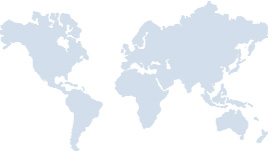 Global service network  Assistance and service on board, anyplace, anywhere. We are only one call away… service & AFTER SALES